I´ll try to keep this short

The story of how the ship below came in my possession is as long as I feel like making it. The story started a sunny day in May and is still in the making, this day before christmas on the Sea of Skagerrak. In my small cabin I´m visualizing the first memories that were so significant for my future. I couldn´t imagine but I felt a tingle. It came to me like this:

I was visiting the wharf in Skillinge, some kilometres south of Simrishamn. My purpose was speculante´ a 32 feet sailing ketch that I knew was not the one for my intended needs but it had a standing height of 2 m which made me curious. After a quick glance I asked Daniel, a worker at the wharf, if he knew any large ship with an unmotivated owner. What I had in mind was something of a huge wreck. A ship that would in some magical way talk to me at first sight and show me her potential. Her urge to bash through the worst seas imaginable with a strenght created through pure love and devotion. Does this sound strange? It has been done before but most often these ships end up sinking in port or being worked on for decades with the only thing keeping them alive being the ego of the owner not permitting him to throw in the towel.

Three years before this day

I was in the same port, standing on the pier with my neck craned, below a ship of huge proportions. My mouth was probably open both in faschination and thanks to the tendens in my jaw stretching with my head tilted in such an extreme angle. The ship above me radiated something. Something that took an instant grip of my soul and mind and told me that she was the tool needed. The tool needed to reach the hidden parts of the world and the road to unlimited and ultimate adventure. My thoughts went on to the imaginary owner and he immidiately earned my fullest respect for his choice of ship and most likely adventurous mind.

Back to the tingle

The answer I recieved from Daniel was hesitant and casual. He did not know me or my dreams, I was just a polite young man from not around there. The reaction on my face was more than casual but my first question back was: “what does she cost”. His second answer ignited a flame deep inside me.  It was out of my budget, but only by 100 % and still only a quarter of what I had imagined. I was handed the keys to take a look inside. As I walked over to the ship I was more present than I can explain in words. My mind was clear like a blank page but i felt that the key in my hand had the potential of changing my life. I came up to her stern, looking up the ladder, reaching the next ladder, reaching the lower deck where the stairs eventually reached the aft deck. Climbing up.. Wow.. Everyting on deck in dissarray and dirty. Took a quick tour and noticed the absence of rust on all stanless fittings and the huge anchor winch in the fore. When I turned the key the lock made a solid sound. Pushed the upper hatch forward and lifted out one of the vertical ones. It was so heavy. Looked inside.

The rest of the story is to be told at another time. My watch is about to start and I also believe that you can imagine from seeing the pictures what I felt from this point on. 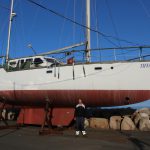 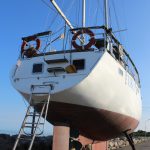 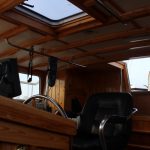 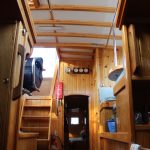 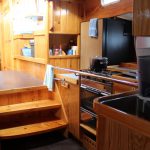 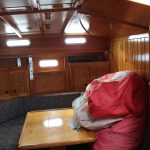 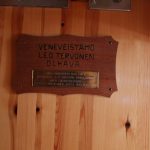 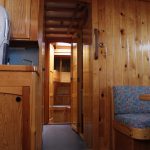 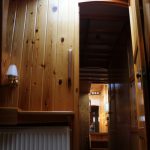 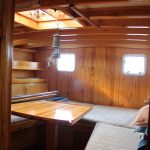