This project marks the end of a chapter. With great relief I turn the page and look forward.

Planting the Seed – The Baltic Sea [Part 1] / Yggdra Sailing
“Let the adventure begin” The mantra echoed through my mind. Before me stood a 53 foot sailboat but I didn’t know how to sail.

/When you suddenly find yourself standing before an opportunity, it is at the same time a challenge. The easy option is normally to walk away. Though once you start thinking of the effects that might come out of the decision you have to make, walking away might no longer be an option. Proportionally to how scary the choice may appear, will the reward be great if you decide to go for it. The Universe will lay out the path for you if you are willing to take in the signs. Just make sure you take that first scary step./

I happened to find the right boat at the wrong time. I thought. If I would have known of the difficulties that lay ahead I would not have dared to risk everything I owned plus some more. I am very glad today that I didn’t know what I was doing. It turned out to be just the right time.

As I mention in the video, the story started 3 years before the first time I walk on the deck of Yggdra. That day, as I stood below her, thinking. “What would life be like..” something changed inside me. From that day, until the day when this video begins, I couldn’t take my mind off the thought. To sail around the World. I only read books about sailing and despite not knowing how to sail, I was sure it was what I wanted to do.

Yggdra happened to be basically the first sailboat I had boarded in by life. She was as well the one that awoke the dream that had been with my since I was a child, of adventures at sea. I needed no convincing to know that she was the right vessel for me.

Stretching her branches – The Baltic Sea [Part 2] / Yggdra Sailing
Gathering stories and getting a proper handover. Testing crew and ship. Underway sailing between Sweden and Finland.

/You trusted your own potential and took a decision that changed your life. You found yourself faced with waves of obstacles. You endured long days of work followed by sleepless nights. One by one, the obstacles were overcome. Some of them were not as difficult as you first perceived them and some of them put you in touch with people who gave you the advice you needed. You were surprised by the unlikely coincidences that seemed to assist you in the process. How the right people showed up at the right times./

It took me a great deal of time to accept my new reality. I was working at sea all along, for 6 weeks at a time followed by 6 weeks of vacation. The level of motivation was powerful but sometimes I just sat there in Yggdra´s pilot house. Looking around at the interior. Not knowing where on my to-do-list I should start. I was lying in my bunk in the aft cabin at night, reading about sailboat maintenance. Often I had to lay down the book, amazed by the beauty of each detail surrounding me.

My admiration for the people who before me had made their imprints on her grew for each day. I felt the presence of the boat builder, Leo Tervonen. As I learned more and more about the ship I felt like I got to know him in a way. My mind also went to Markku, the previous owner. One day in the 90´s he made the brave decision to realize his dream. These two were the men I had to thank. I was not feeling worthy of such a vessel, before having showed them my appreciation. I wanted them to know how humbled I was of this honor, to manage their heritage.

I also felt how Yggdra was testing me. She had spent her whole life as Tiffa confined to the Baltic Sea. For her to accept the purpose that now lay ahead, and the change of name connected to it, I needed to bring her home one more time. I knew she deep down was eager to cast of the lines with her new master at the helm.

Back to the roots – The Baltic Sea [Part 3] / Yggdra Sailing
Rocky archipelago. Shoreline covered in the pine forest from which our ship was built. You are now in the middle of nowhere.

Once you start trusting the Universe and accept that the magic you experience is the simple proof of you doing the right thing, you have already succeeded. You might never reach the goal you first had intended, but your mindset has changed. When the next challenge arises, it might still come as a surprise. Though instead of feeling the panic spread you will now think: “Okay, apparently there is something I have to learn here. Let´s see what lesson that will come out of this”. With this mindset, anything is achievable. What the final product turns out to be is no longer important.

After having met Markku, the previous owner, Yggdra tested us as a crew as she gave us a glimpse of what she was built for. The wind filled her sails and she rolled and heaved and dove through the waves. The feeling of steering a 24 ton ship doing 8 knots under sail was the most intoxicating experience of my life. Her wooden hull absorbed the sounds but sometimes I felt the fear creeping in. Once you are offshore there is normally no easy way out if the weather deteriorates. This was the first time we tested her and through my mind went all the scenarios that could go wrong.

When the wind finally decreased our relationship to Yggdra had grown. Her behavior indicated just the right balance between weight and maneuverability. I wish there will be a reasonable increase of strength in the weather conditions that we will encounter. I know the day will anyway come when we are overcome by an undesired state of wind and sea. Standing before this power of Nature we will feel very small. In that moment, all extra power will be welcomed. Knowing that we can trust in Yggdra will be of outmost importance. To achieve this, we had to meet the man who had built her.

Leo Tervonen and his partner Lea turned out to be the most pure hearted people we had met. To receive their friendship and hospitality was the highlight of our journey. To gain a glimpse into their reality, so different from our own, was a blessing exceeding our imaginations.

Built from a forest that has stood silent for thousands of years. A forest unthreatened by human expansion, treated only with respect by the few that has settled there. One who felt the attraction of this silence, used the forest to fulfill his passion. By refining the timber with his hands, a bond between elements was created. From Earth she was born, to roam the Seven Seas. 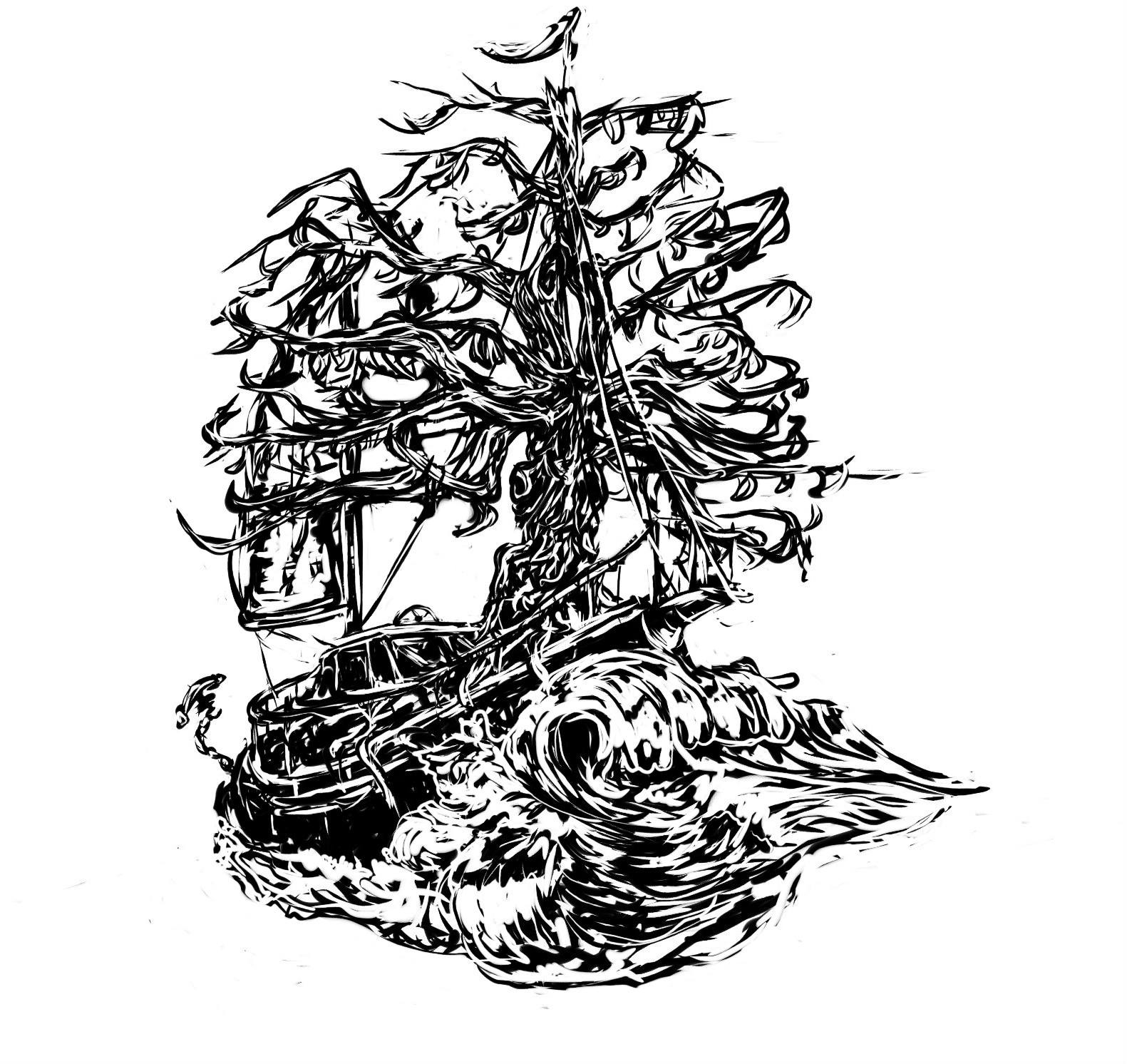