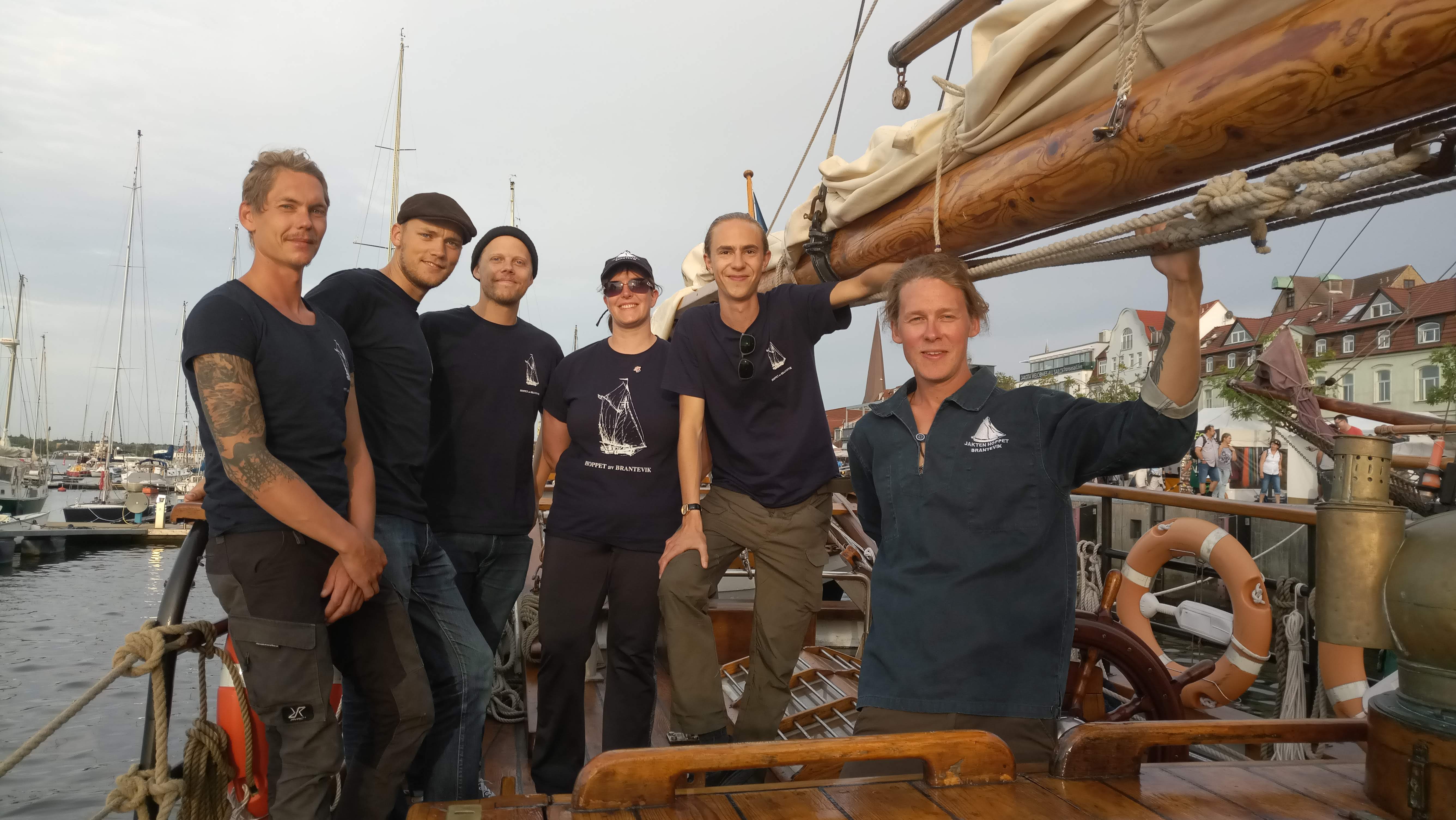 Two years have passed since I visited my original webpage. Too much have been on my mind and on my to-do lists. Now it feels like it is time again.

Last November I was standing on the airport of Ushuaia, the World´s most southern city. Located on the southern tip of South America, it is the starting point for most of those who want to visit Antarctica and Patagonia. As a side note, the airport is constructed in wood which of course is very charming. I received a phone call and was asked if I could bring Hoppet av Brantevik to Rostock this summer. I said yes.

A crew was put together, as usual mainly based on their personal qualities rather than their sailing skills. Three days before departure, the only one in the crew except me with experience from sailing traditional ships let me know that he couldn´t make it with us.

A crew of five departed from Brantevik at 05 o´clock on the 5th of August.

We had three days to learn how to work as a team and learn how to sail the ship, because on August 8 we would start taking passengers from Rostock. Starting out with teaching the basic knots and rope handling techniques, we went on with the glossaries. A major part of traditional sailing is to know the name of everything on board. You can´t follow a command correctly when your adrenaline is pumping if you have to search your memory every time to find the meaning of the command.

On the fourth day cast off the lines and steamed out through the channel towards open sea with a small amount of guests on board. In the video below there is one clip when we are bashing into the waves, dipping our bow sprit while tacking. This was shot during that first trip.

We were all very thankful for having taken the training seriously and the success of that trip united us as a crew. Our confidence grew and we knew that this year´s Hanse Sail would forever be in our memories as one of the greatest adventures of our lives. 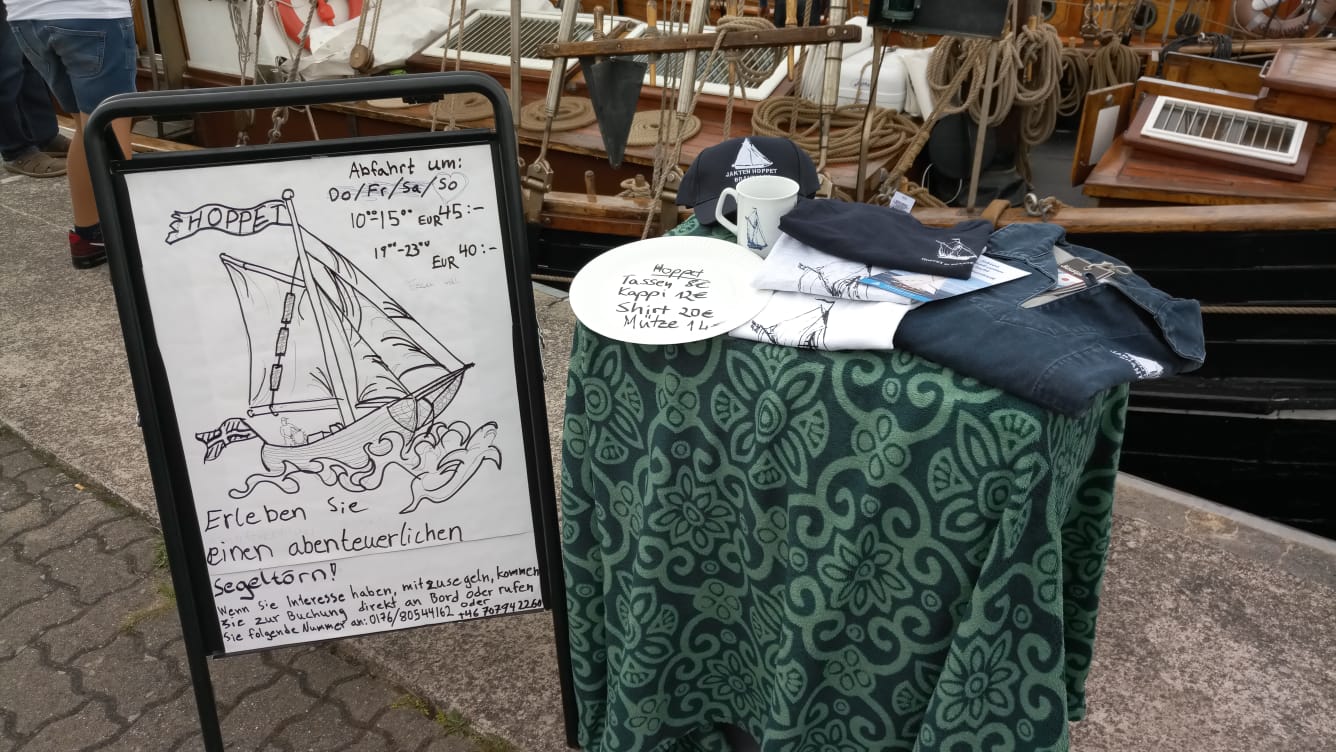